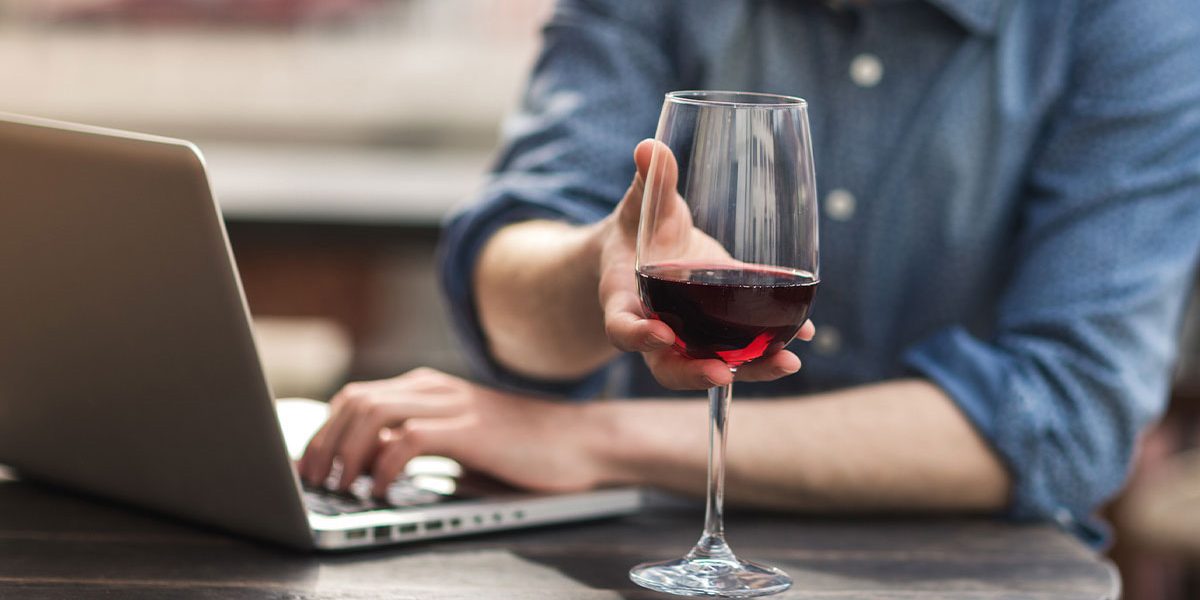 Long before grapes became an integral component of Randy Wigginton’s life, both as a business and a passion, there was an apple. Not just any apple, but the one called Apple Computer Company, as the behemoth now known as Apple Inc. was called when Randy joined the fledgling company as employee #6 in 1976.

Perhaps Randy’s unwritten story should be called “From the Big Apple to Grapes,” but New York City’s claim to the “Big Apple” appellation nips this idea in the proverbial bud. So, we’ll just have to go with something along the lines of “From Big Tech to Little Vines—Though Similarly Refined.”

That’s because the grapes of Randy’s current passion and business as co-founder of Unwritten Wines are treated with the same exacting attention to detail as were every element of code he crafted for Apple back in the 1970s and early ‘80s, and then in all of his subsequent work as a computer engineer for other Silicon Valley companies such as eBay, Google, Chegg, and Square, among others.

Randy had been somewhat of a perfectionist prior to joining Apple, but exposure to Steve Jobs and his attention-to-detail ideals upped his game. Randy says that when he first started working with Steve Jobs, there was an unwritten agreement that whatever they were working on had to “be big and had to be done right.” And Steve Jobs was all about making it done right, says Randy, who noted that Steve said that “if you make something a little better, that’s OK. But if you make it a lot better it becomes life changing and all of a sudden people will beat a path to your door.”

In the late 1990s, while Randy was continuing to follow this philosophy in Silicon Valley, he chanced upon another business that was in the midst of a major transformation in making its product a “lot better.” Or should that be “life-changing better?”

While Randy had been somewhat dismissive about the rise of Napa Valley cult wines in the mid ‘90s, believing it to be just another fad, that perception changed in almost a nanosecond after he tasted a 1995 Araujo Eisele Vineyard Cabernet Sauvignon. “There had always been plenty of good wines coming out of Napa,” says Randy. “But upon tasting this wine I realized that it represented something that had been made ‘a lot better’—that this wine would set a new benchmark for the expected quality of Napa Valley wines.”

In following his new passion Randy noticed the similarities between the emergent Napa Valley cult wineries and the rise of tech in Silicon Valley. Much like the tech pioneers of Silicon Valley thrived on creativity, entrepreneurship, attention to detail, and an uncompromising focus on quality and craftsmanship, so were the cult winemakers of Napa Valley.

The similarities, says Randy, were striking, and such that it made him want to apply his exacting standards in computer engineering to the vineyard. Instead of applying his intense focus and perfectionist standards on turning computer code into a flawless and magical program on the computer screen, turn a simple grape into an enchanting taste sensation worthy of being called fine art for the palate.

Thus, with that taste of a 1995 Eisele Vineyard Cabernet Sauvignon Randy found a new passion, and one that turned into a business when he co-founded Unwritten Wines in 2014 and began his winemaking journey.

While a novice vintner, Randy brought a bit of the Apple philosophy with him by applying the exacting attention to detail and quest to always make something “a lot better” to every step of the winemaking process. With the assistance and support of his co-founders, as well as winemaker Mark Porembski and the amazing fruit from the historic Lewelling Ranch, such attention to exacting detail has resulted in wines that continue to win admirers.

One might wonder why we always point out that the wine comes from the Lewelling Ranch in St. Helena.  That is another story.